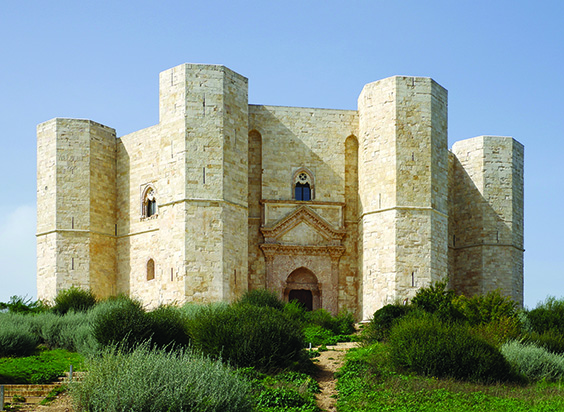 Culinary and cultural tour of Puglia and Basilicata 6 days/5 nights
A tour through the culinary enogastronomy of Southern Italy, to discover the heritage of a land that still lives immersed in the authentic traditions.

Day 1: A day between two wonders of Unesco. Castel del Monte and Matera
Arrival to Bari airport (in the morning) and transfer to Castel del Monte (UNESCO World Heritage), well known for its octagonal shape.
Apparent in the distance, Castel del Monte was a fundamental component in the communication system among the defensive constructions, although great number of experts have excluded the military function of the castle.
Matera and visit of the Sassi of Matera (UNESCO World Heritage).
After the visit, we move to Matera, the town of caves.
Accommodation in a cave hotel in the Sassi districts and a walking tour amongst a labyrinth of paths, cellars, rock churches and cave dwellings. Dinner in a typical restaurant in Matera. D

Day 2: The Roman colony of Venosa, homeland of the famous red wine Alianico
We take inspiration not by chance from a phrase by Horace Nunc est bibemdum (Now it is time to drink).
The Latin poet was born in Venosa, in the mountains of volcanic origin in the north of Basilicata, an area famous for the production of the red wine Alianico.
In Venosa we visit the roman ruins of the Archeologic Park and the marvellous church of Trinity, Pantheon of Norman Knights.
For lunch, we move to a wine cellar of the XVII century dug out in a vulcan cave.
In the late afternoon, we return to Matera. Dinner on your own. B, L

Day 3: Culinary day between rock churches and fields of wheat.
Today, we will attend to the production of typical local cheese and will take part to the making of bread and focaccia.
We take the chance to take a fresh pic-nic based on…bread and cheese that we will eat later, in the Park of Rock Churches, in the caves opposite the gorge on which the cave town is carved.
A light walking tour will lead us to the discovery of a fashinating area, where hermit monks in the Middle Ages dug shelters and churches, cisterns and folds.
In the late afternoon we reach a farm amongst the fields of grain where we will have a cooking lesson with dinner. B, L, D

Day 4: Alberobello, the capital of Trulli. The production of oliveoil
We go to Apulia today, reaching the Valle d’Itria, famous for the cone shaped houses named Trulli.
Alberobello is even UNESCO World Heritage since 1996. Visit of an old oil mill of middle ages to assist at the production of the delicious olive oil, king of the Mediterranean diet.
In the afternoon, visit of the white village of Ostuni and accommodation in a beautiful Masseria near the beach.
Dinner of seafood. B, D

Day 5: Lecce, the capital of Baroque and Otranto, with its Moorish style
The last day we will reach the beautiful Lecce, a gem of Baroque.
Tasting lunch with Puccia.
In the afternoon transfer to Otranto, whose arabic influence is evident from the white small buildings with Moresque bows.
Coming back to the Masseria for the farwell dinner. B, L, D

Day 6: Breakfast and transfer to the airport. B